This model is Donald's and Devon Howard's collaboration of a retro design that would work progressive enough in the bowl to compliment Devon's style. The design was taken from a board that Donald rode in his early Ala Moana days. It has a high density foam tail block and a wedge V stringer. Don't let the fact that this is a single fin retro design fool you. It's a responsive board and works best when the waves are a bit steeper.

"The genesis of it was a slight tweak on a self shaped board DT rode in early 60s (he made a few early ones called the Mellenium Model). It was Piggy. We made a few modifications on that model to align it more with some aspects of the types of boards Nat Young rode during the developmental stages leading up to 1966 Aussie design paradigm. (I never cared much for wide noses) The pulled tail addressed the love for a heavier log that could handle some juice--but still function proper like in thigh high zone. It's not a noserider--was never intended to be, but still handles on the tip if you have the skill set to work around it. However, if you like an epic log for trimming and ripping a beautiful redirect? This is a winner." 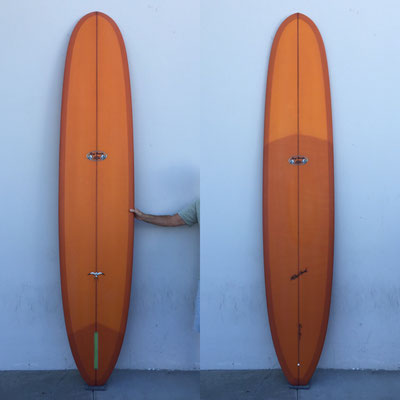 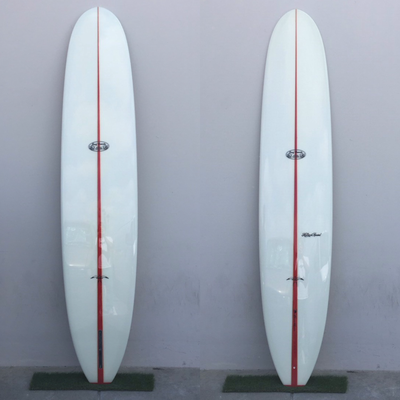 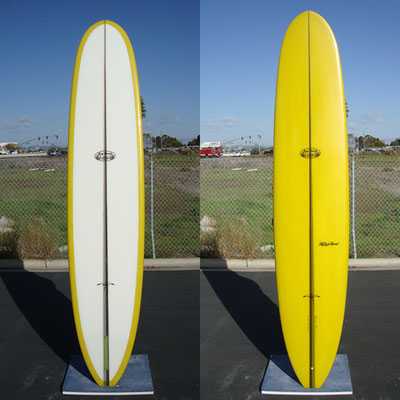 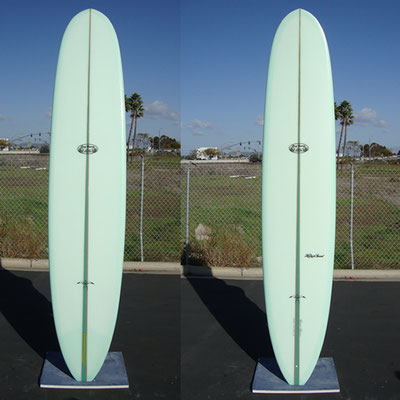