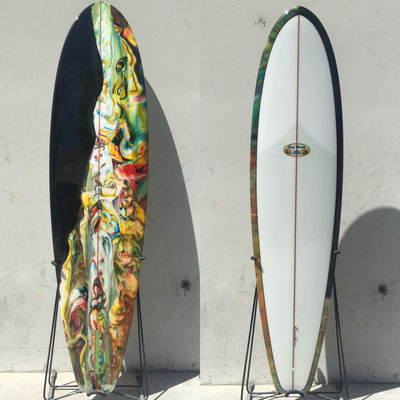 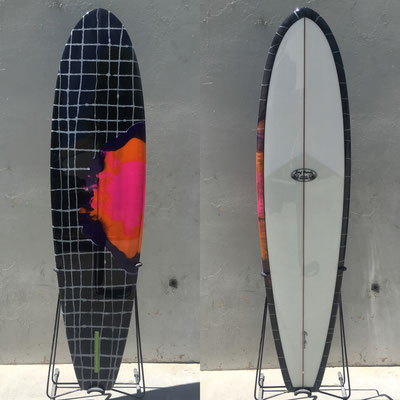 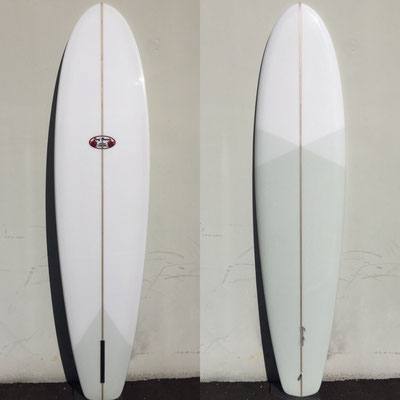 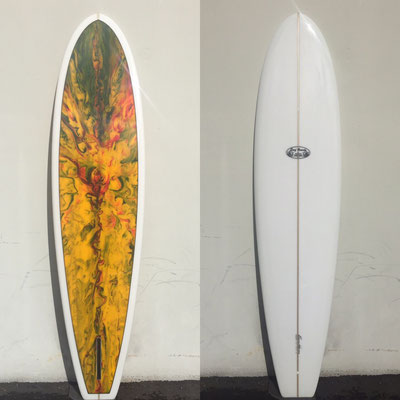 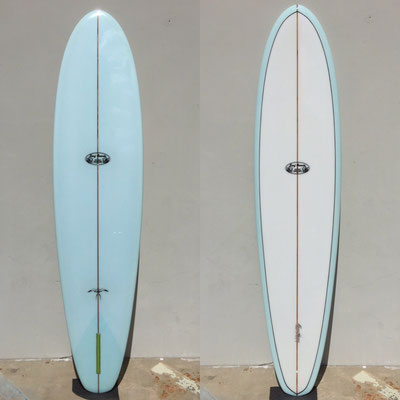 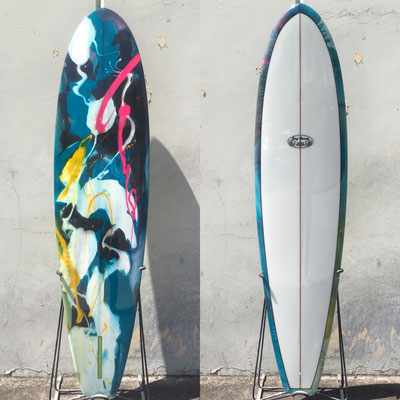 Stone Steps was one of Donald's favorite surf spots while living in Encinitas, California, during 1970s. He designed this single fin mid-length model for himself to surf his home break (which back then was Stone Steps). It is a good mini-noserider but is also functional design off the tail. In addition to being a fun board for California waves, many of Donald's team riders excelled with this model on Oahu's South Shore, primarily Ala Moana Bowls with its log walls and tube sections. Unfortunately this model slowly faded out as surfboard design progressed in 1980s.

Luckily, a few years ago, one of Donald's original team riders brought this model back to show Donald. He decided to have this board meticulously scanned into the computer and we decided to add it to the 2015 collection. This design has plenty of width and thickness, soft V-bottom, flat rocker helps surfers paddle faster and catch waves easily. Smooth turn and good glide for it's size.

Comes with either a soft diamond tail or traditional square tail.

A video posted by Surfboards by Donald Takayama (@surfboardsbydonaldtakayama) on Aug 28, 2016 at 9:16am PDT

Ryan Burch riding a 7'10" Stone Steps above around the 1:00 minute mark.  Footage shot by Jack Coleman.

A post shared by Surfboards by Donald Takayama (@surfboardsbydonaldtakayama) on Oct 11, 2017 at 7:38am PDT

A post shared by Surfboards by Donald Takayama (@surfboardsbydonaldtakayama) on Oct 4, 2017 at 8:19am PDT